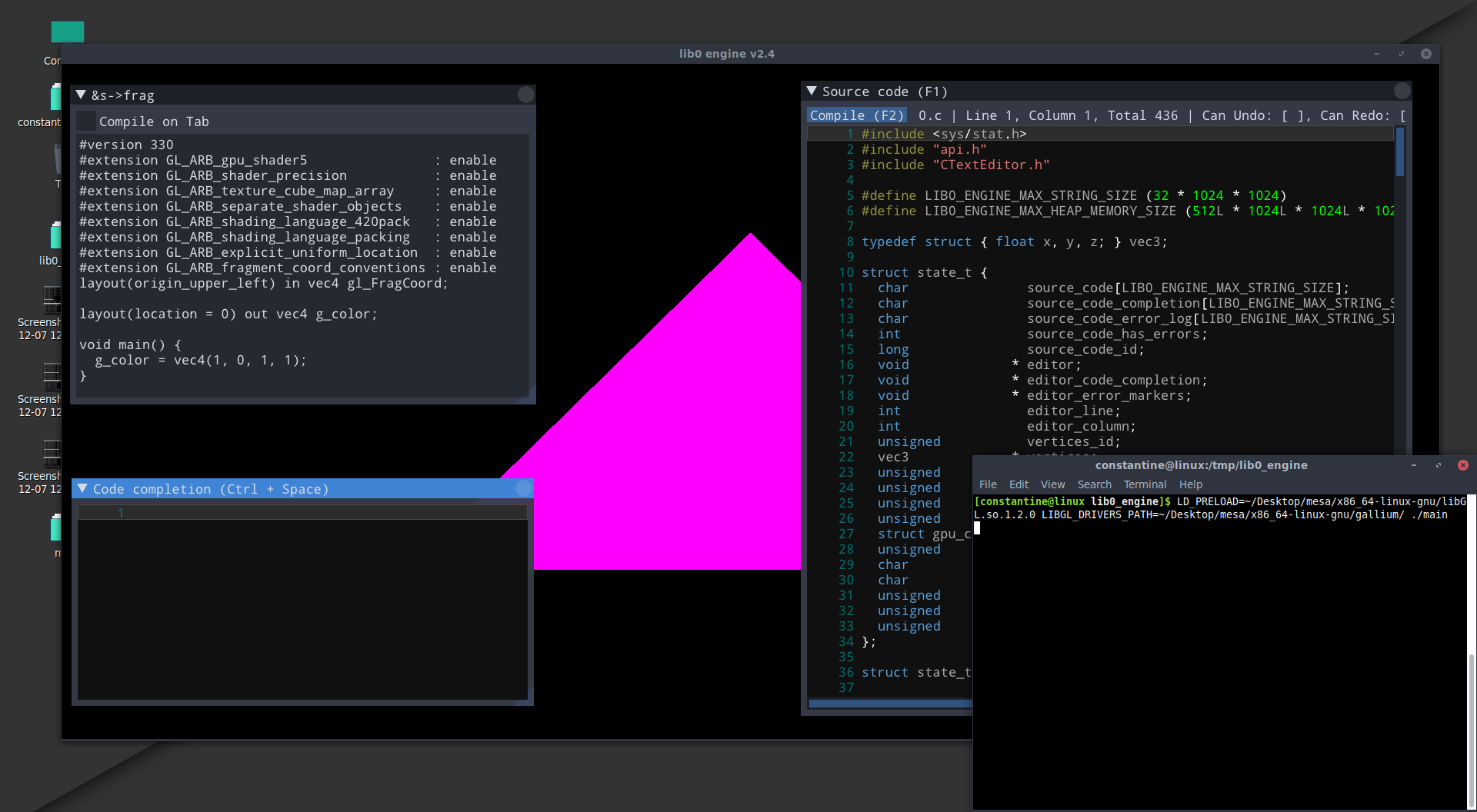 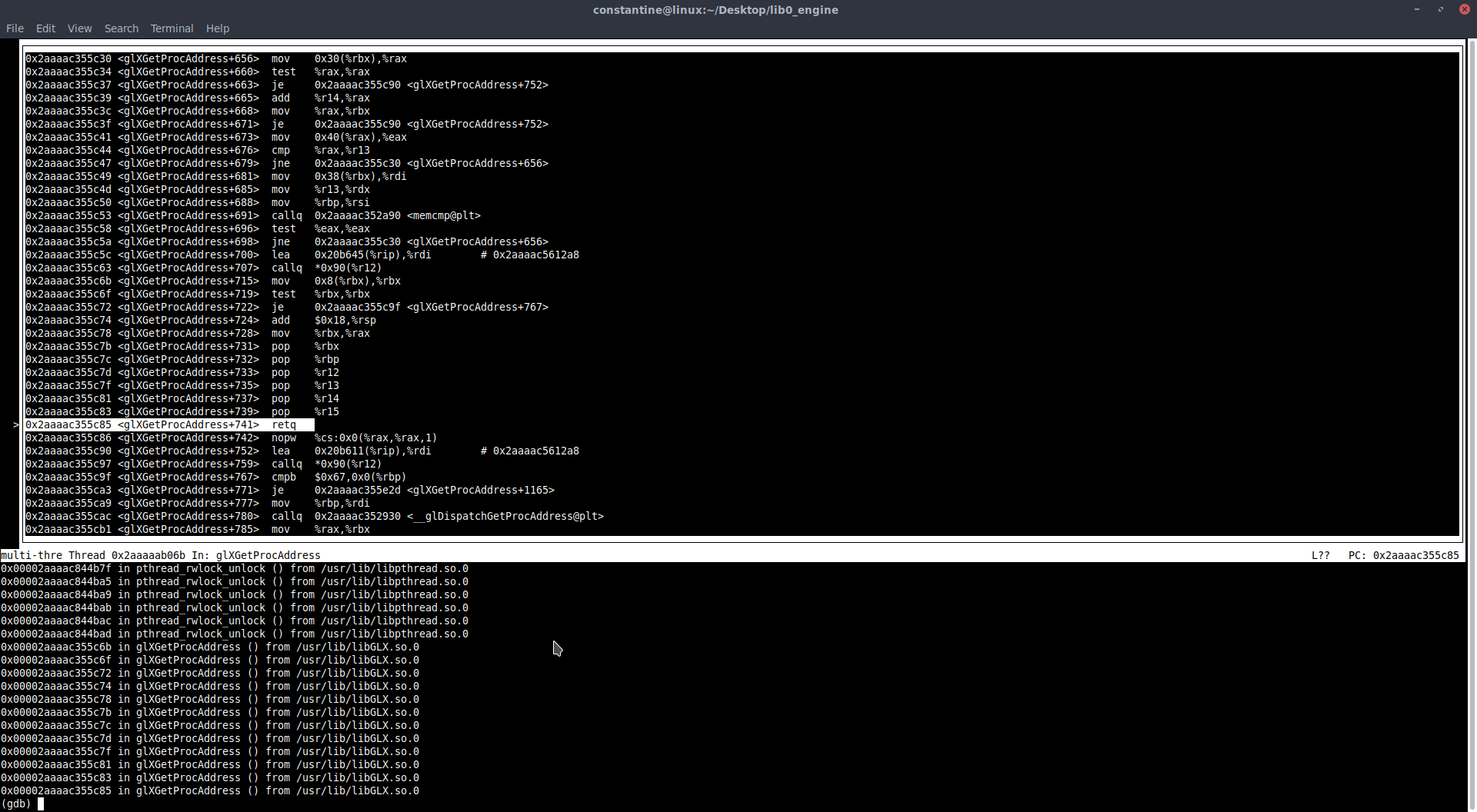 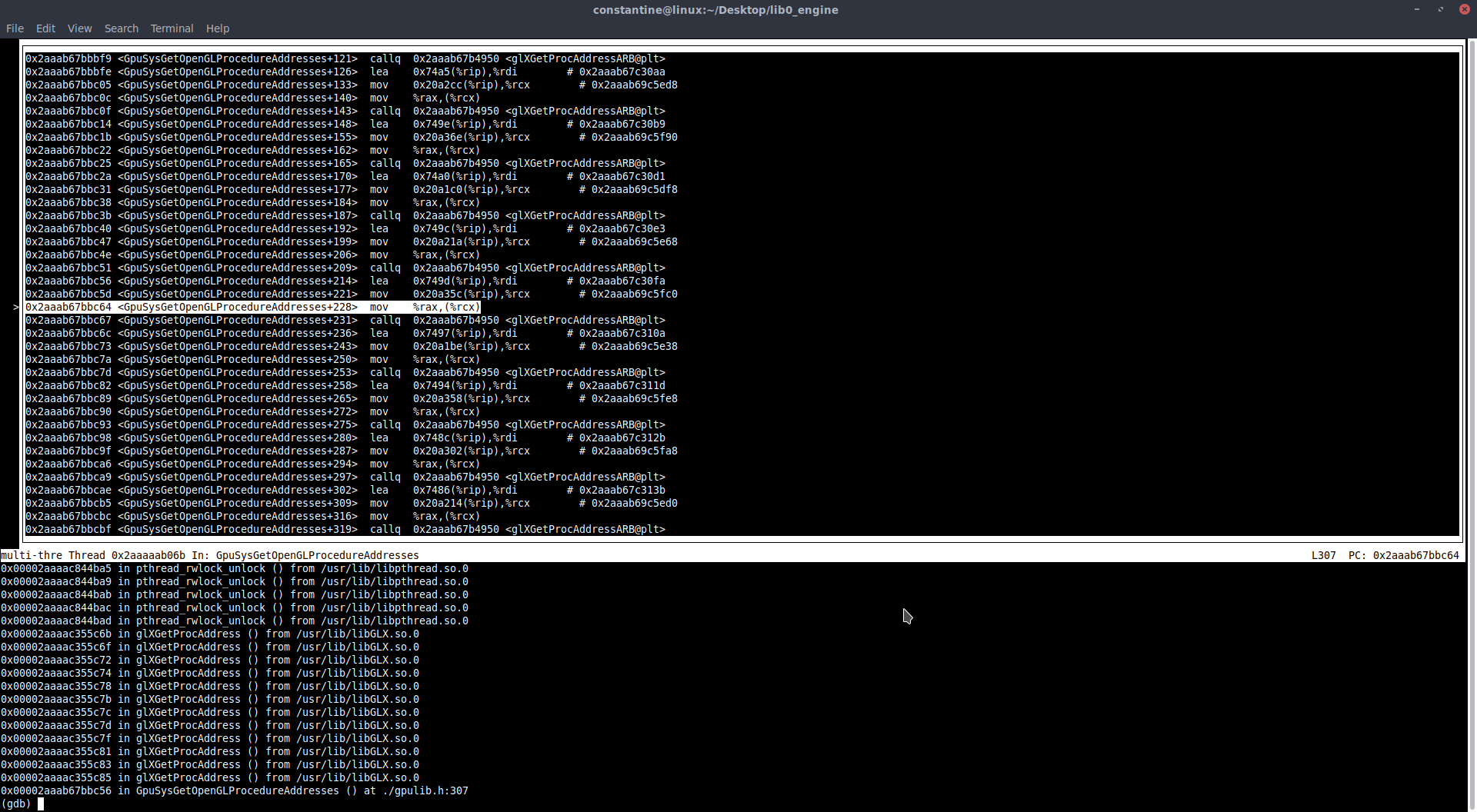 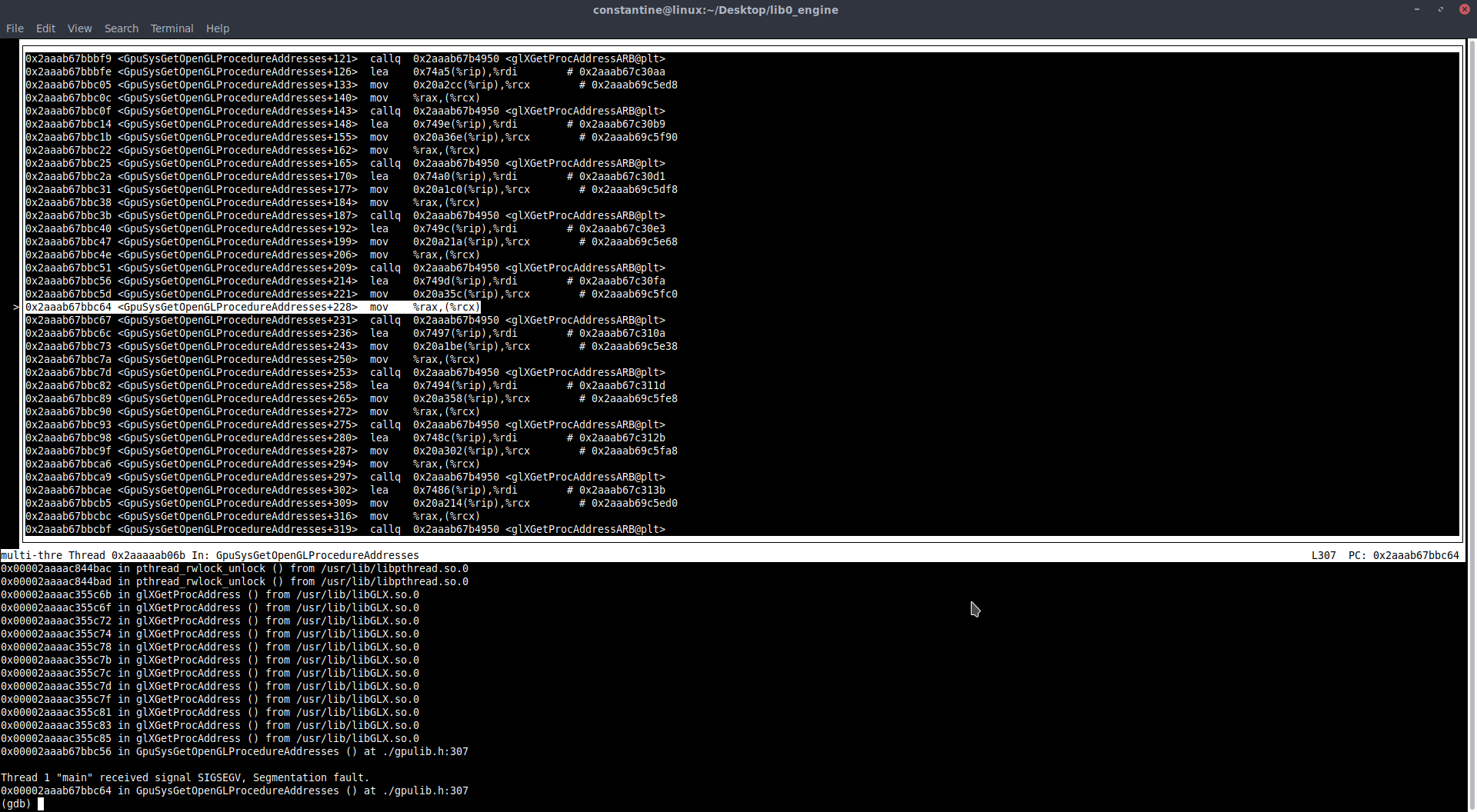 lib0 engine requirements are updated to exclude any other distro except Ubuntu 16.04 which so far at least works reliably.
mmozeiko
Mārtiņš Možeiko
2358 posts / 2 projects
#13693
Arch Linux is not supported due to confirmed Mesa bug.
4 years, 5 months ago Edited by Mārtiņš Možeiko on December 7, 2017, 9:03pm
That's not what "confirmed bug" means. Confirmed means the reason is clear and it can be explained why particular place crashes.

Btw your stdlib_gettimeofday implementation is super inefficient. Real gettimeofday implementation doesn't do syscalls (which are very slow). It simply reads shared memory region which is super fast operation: https://blog.packagecloud.io/eng/...ystem-calls/#virtual-system-calls
mmozeiko
Mārtiņš Možeiko
2358 posts / 2 projects
#13695
Arch Linux is not supported due to confirmed Mesa bug.
4 years, 5 months ago Edited by Mārtiņš Možeiko on December 7, 2017, 8:53pm
Ok, I realized I need to put all the files in /tmp/lib0_engine. Then it runs. And then I see the crash.


And why this crash does not happen on Ubuntu 16.04?
mmozeiko
Mārtiņš Možeiko
2358 posts / 2 projects
#13698
Arch Linux is not supported due to confirmed Mesa bug.
4 years, 5 months ago
Yeah, shared libraries work differently on Linux than Windows. Symbol table & dynamic symbols are more tricker on Linux. On Windows dll files are pretty isolated.

Procedural
39 posts / 1 project
#13700
Arch Linux is not supported due to confirmed Mesa bug.
4 years, 5 months ago Edited by Procedural on December 8, 2017, 12:00pm
I uploaded version 3 with build and SIGSEGV fixes for Arch Linux: https://procedural.itch.io/lib0-engine/devlog/17544/version-3-is-here